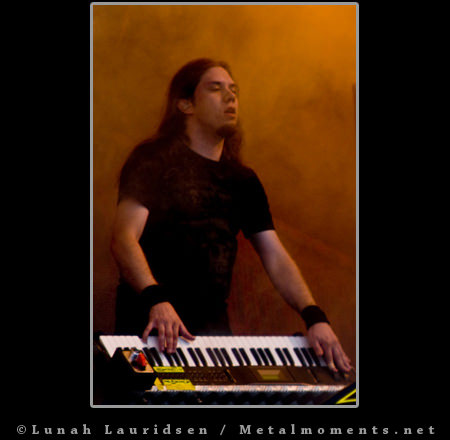 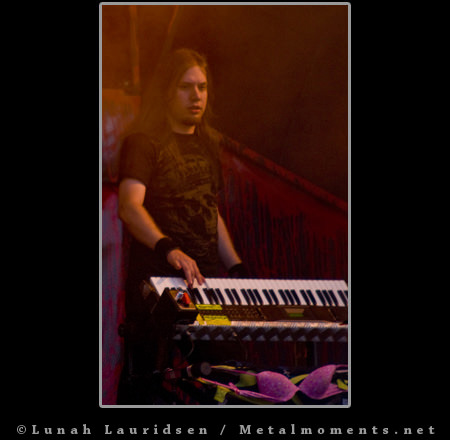 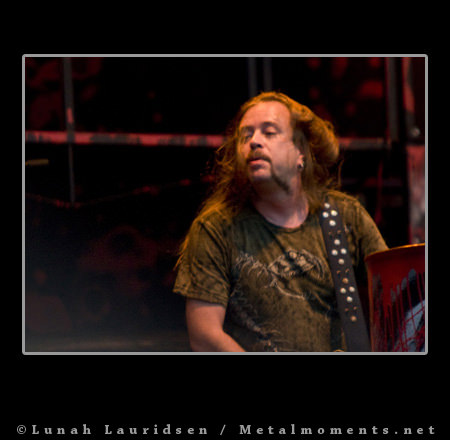 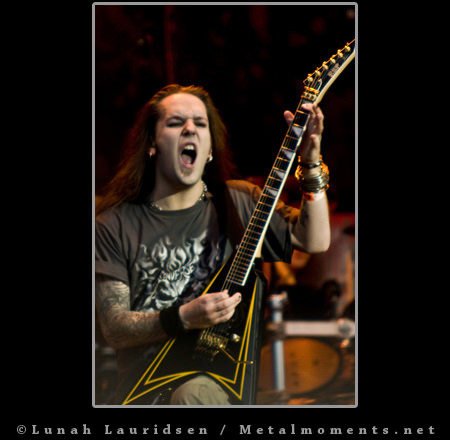 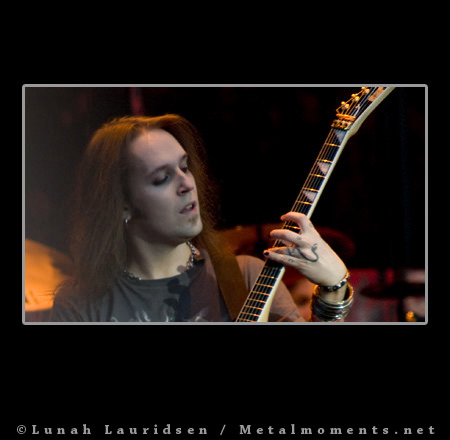 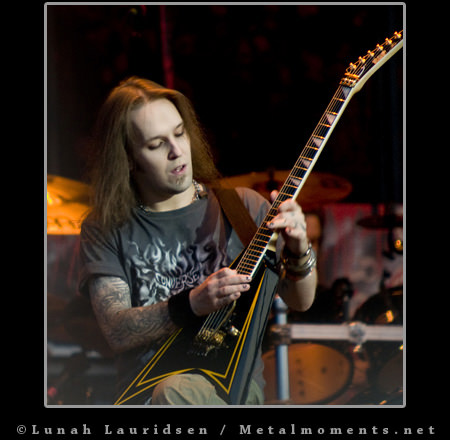 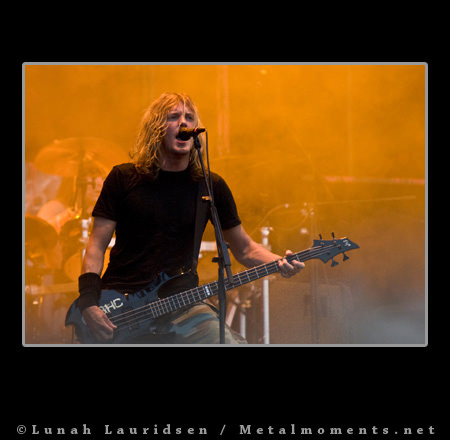 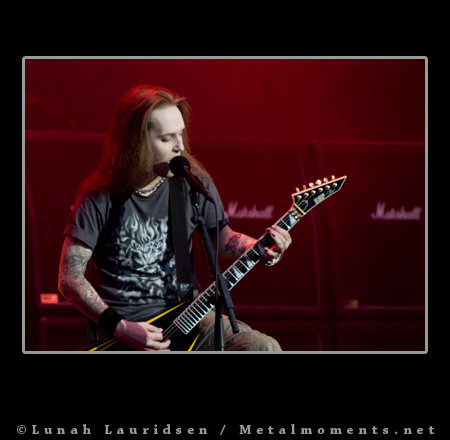 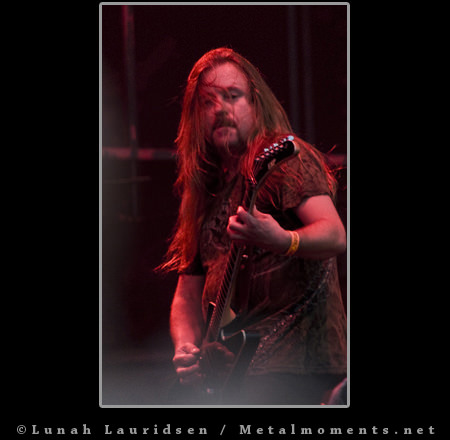 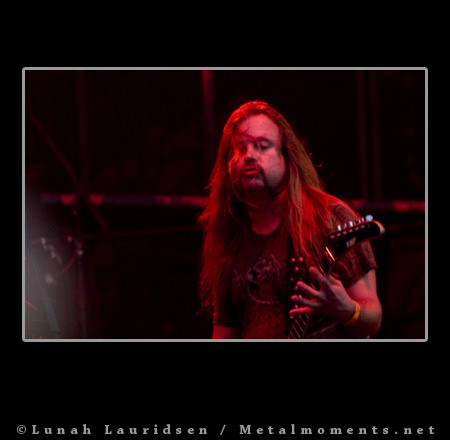 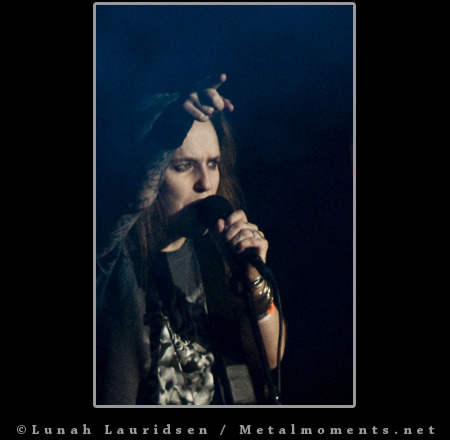 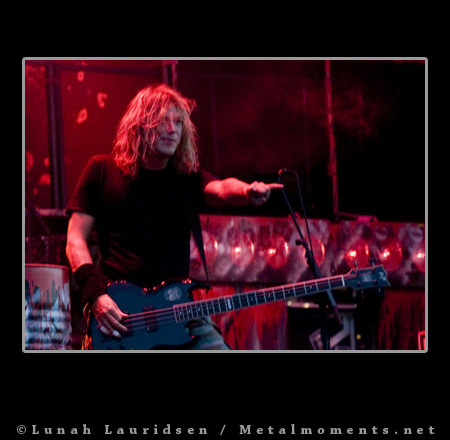 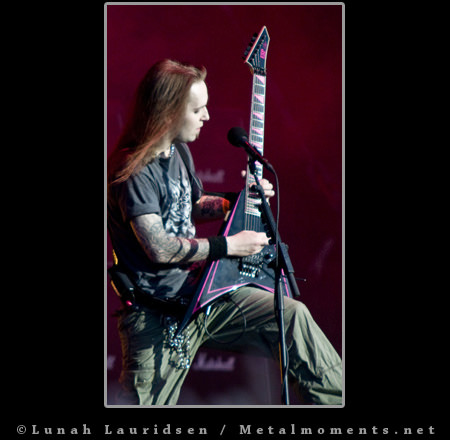 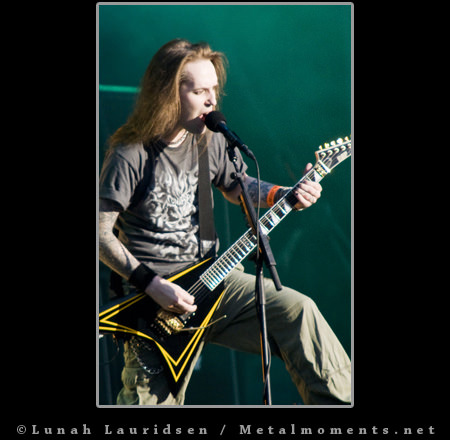 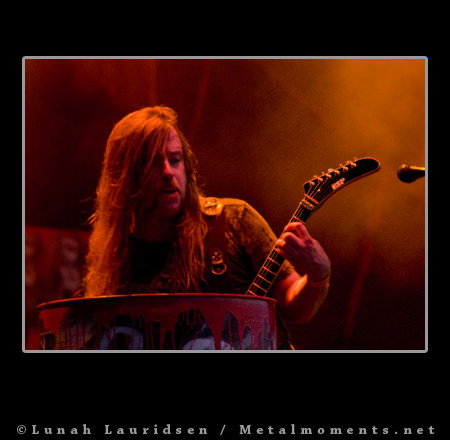 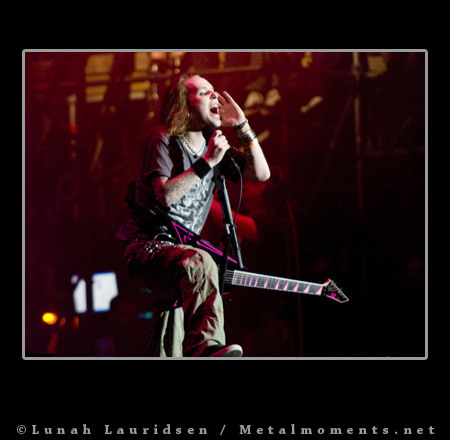 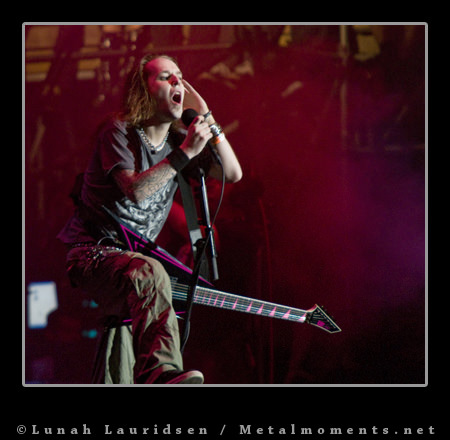 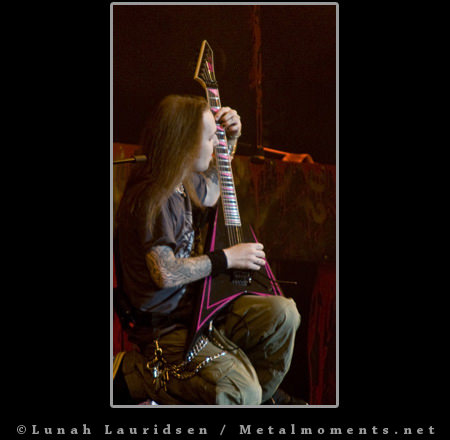 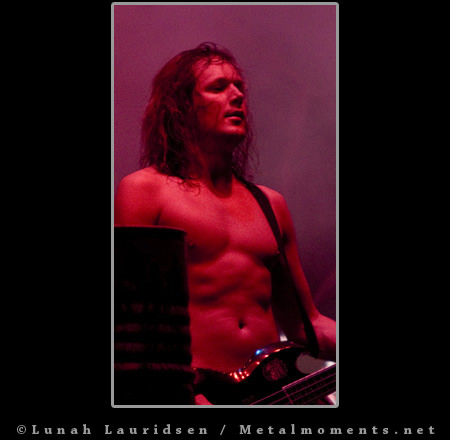 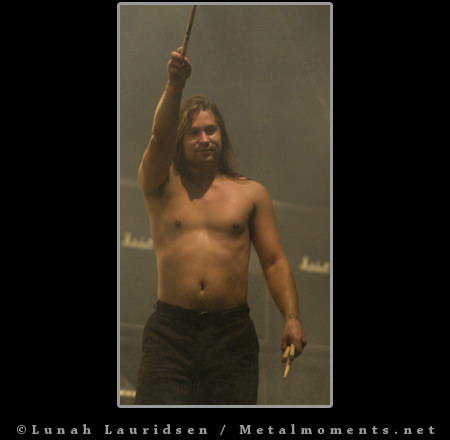 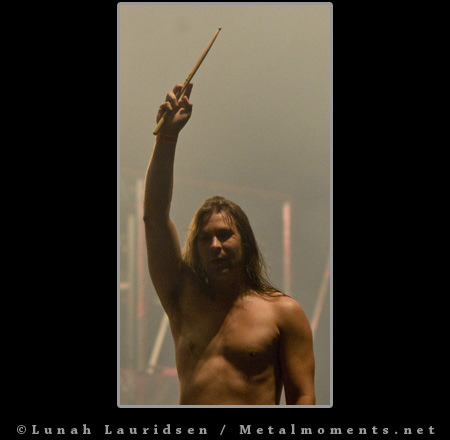 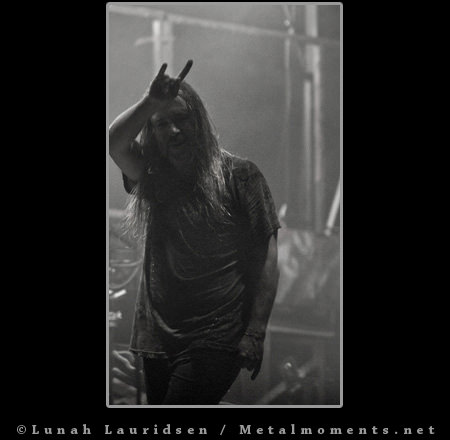 There was an insane pressure on when Children Of Bodom were to take the stage. They are really loved here at Wacken, and they have been a frequent guest over the last couple of years.

They started the set of strong with the immensely heavy Sixpounder, and from there on they didn't let up on the energy for the entire concert, not for a second. With them they had brought their now familiar, yet still impressive stage setup, with the overlaying walk-way, the big oil-barrels for pyro and the car sticking out in the middle which gave the band a lot of opportunities to play around and give a varied visual show with the many levels to work on. Everything was also nicely splattered in red, which really works well with the style and setting of their music.
Visually and sonically mind-blowing; a double threat kind of band. This is something we like here at Metalmoments.

What we don't like are crowd-surfers. A show can be as great as anything you could imagine, it still doesn't mean sh*t if you have to stand with your back to the band the whole time to avoid being kicked in the head. And for Children Of Bodom there are always an insane amount of crowd-surfers; Wacken had actually put a counter on this year which went to about 2100 people going over the fence. 2100! And it felt like they were less this year than last time they played here.

Still, the energy-bomb that is Children Of Bodom, coupled with a set of great songs and an amazing stage show could hardly have disappointed anyone present.
Even some who were not present, to my knowledge, were acknowledged; like Takako, a Japanese fan who had made a Children Of Bodom backdrop at home and then sent it to the band, which was presented on stage.

They played all through the sunset, and when the rains came to Wacken, they even had an answer for that; led by wild-child Alexi (Laiho, vocals/guitar) the band started playing the unlikely cover Umbrella, by Rihanna.

All Children Of Bodom reviews: