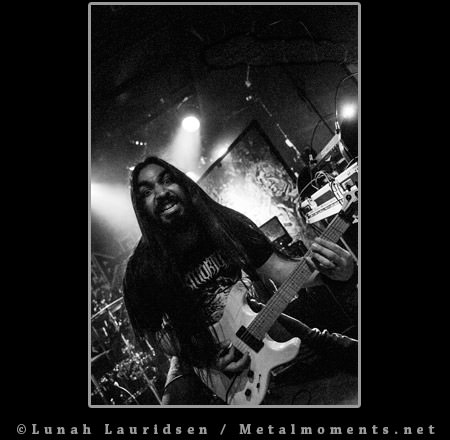 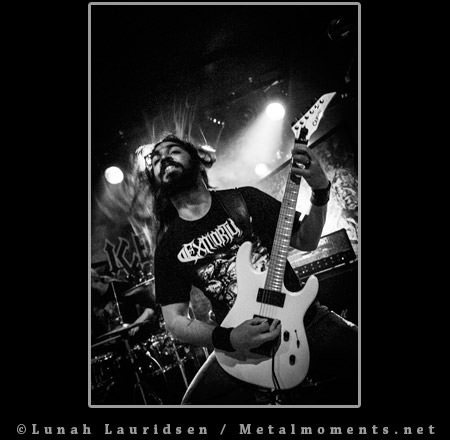 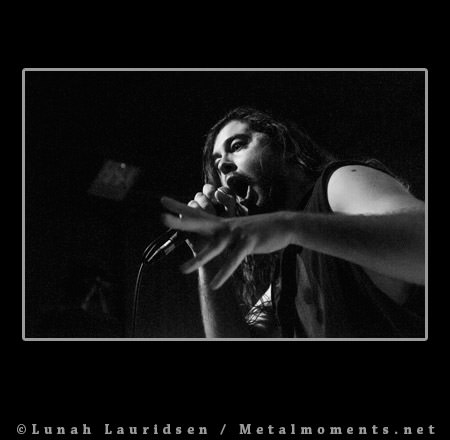 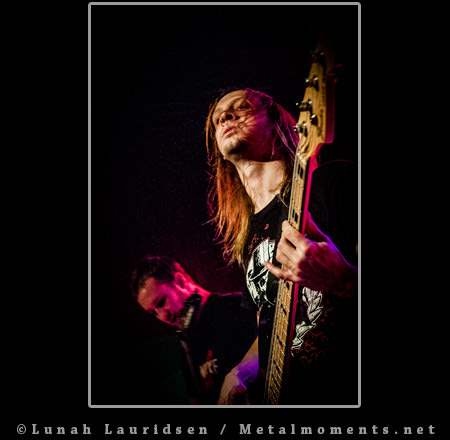 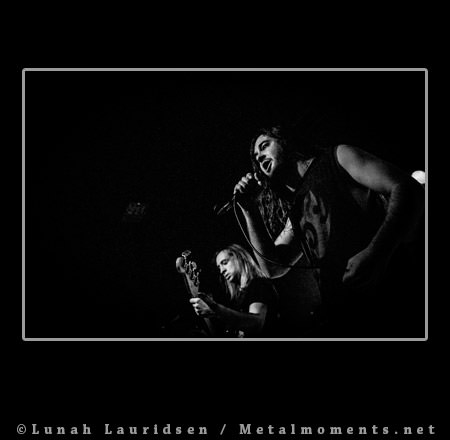 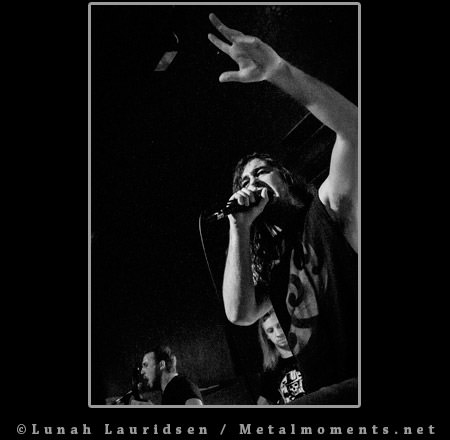 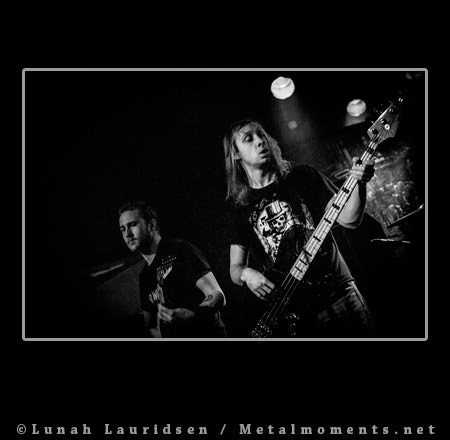 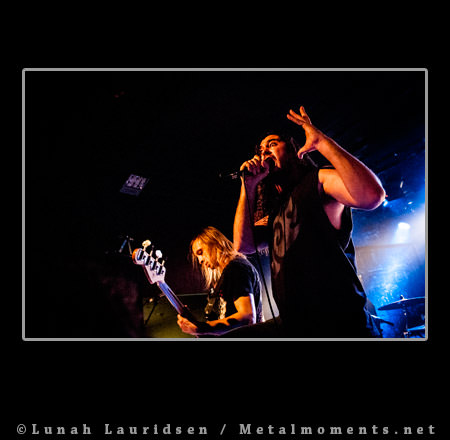 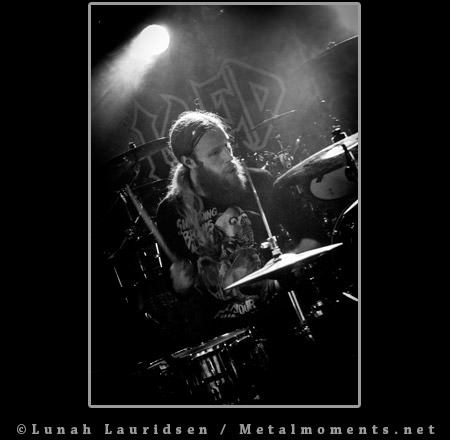 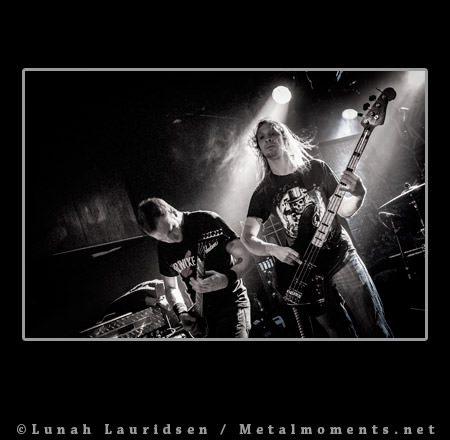 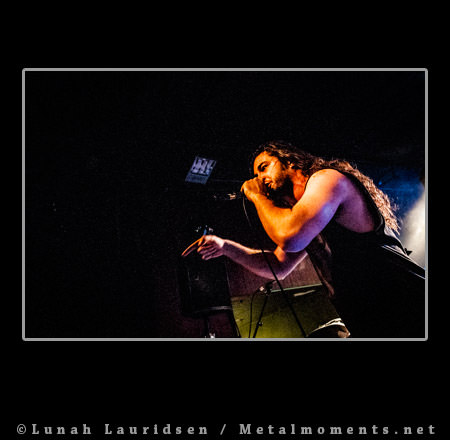 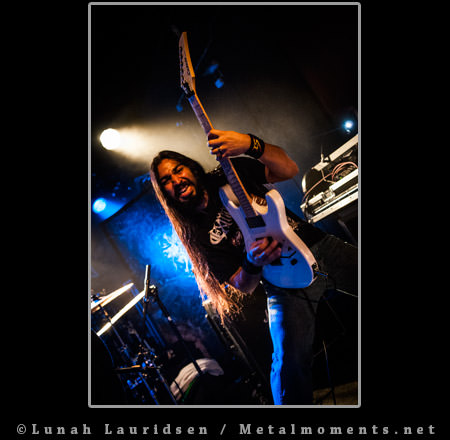 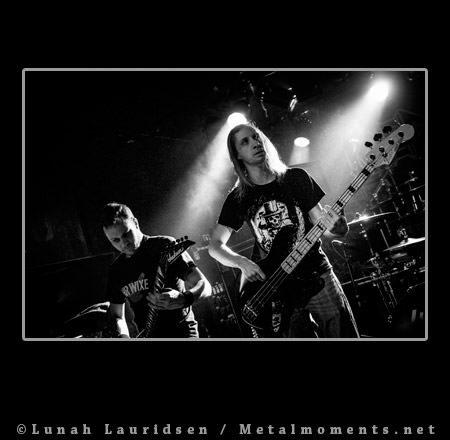 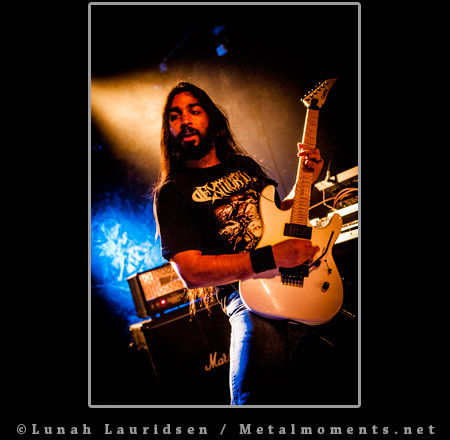 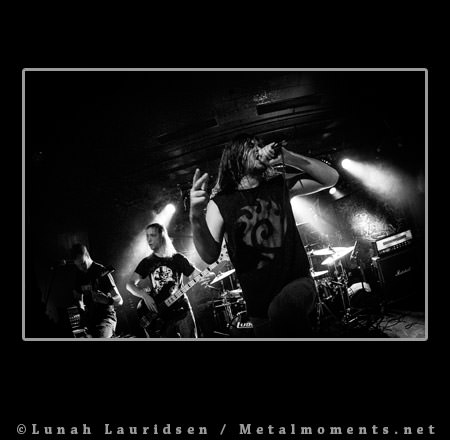 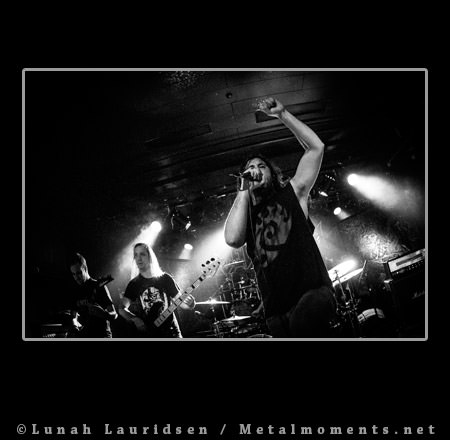 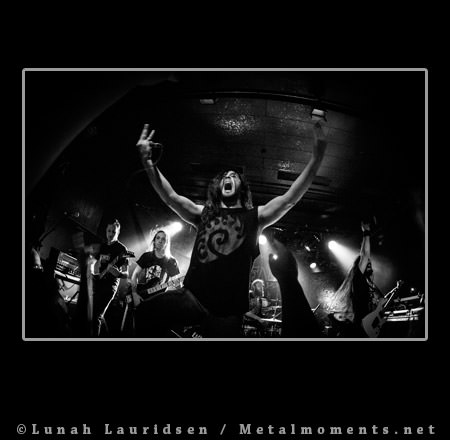 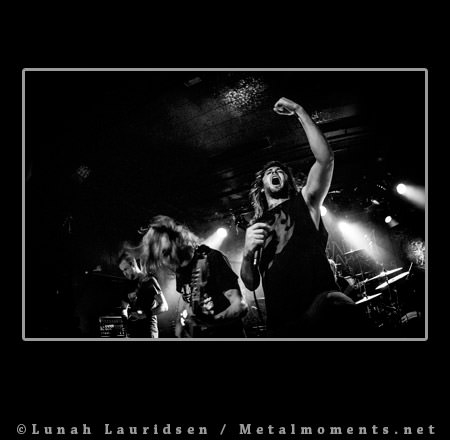 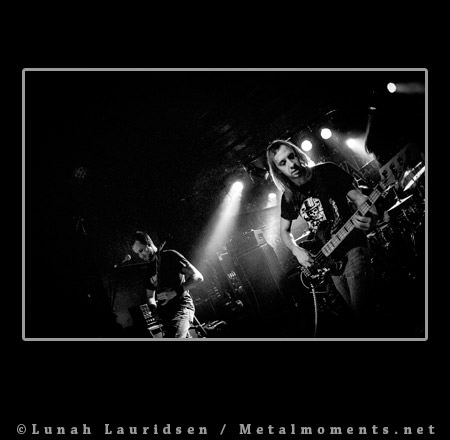 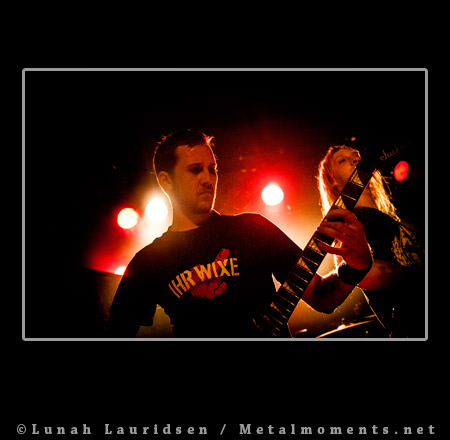 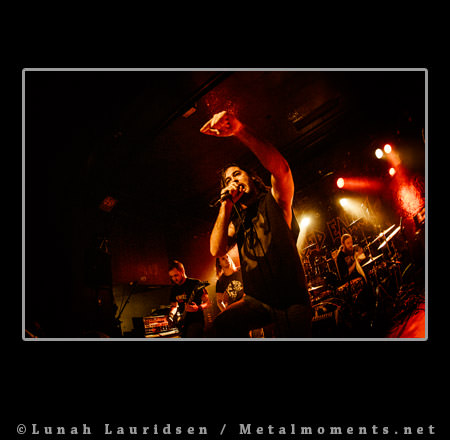 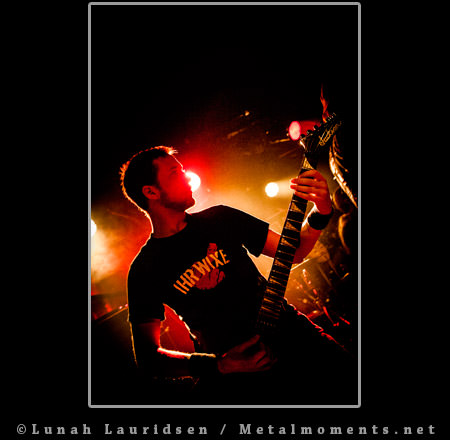 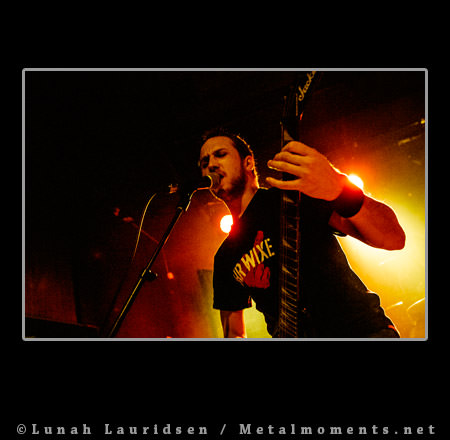 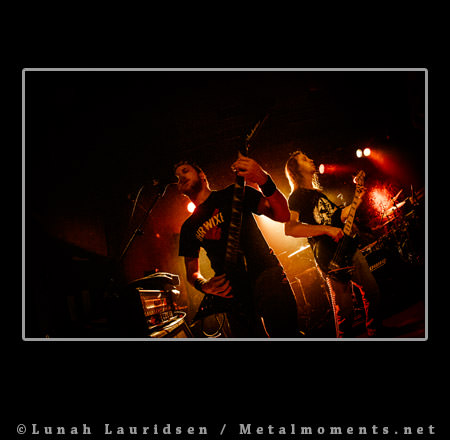 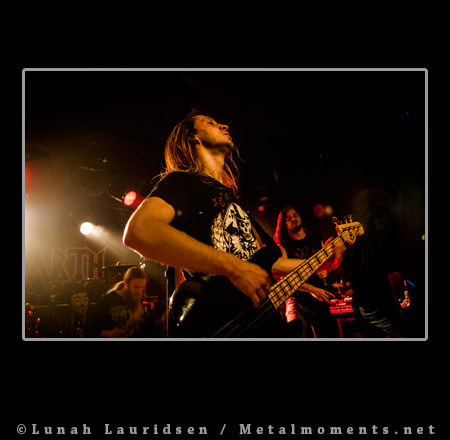 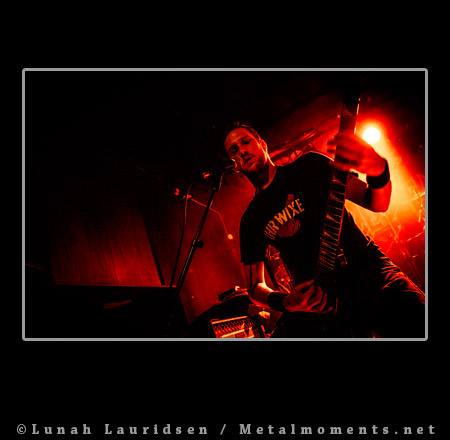 As Warbringer, the second and last support of the evening, took the stage it was to a crowd that had increased impressively in size and to a temperature that was insistently on the rise.
Much like Elm Street before them, Warbringer started out with the speed and deadliness of a well-powdered cannon ball, shooting straight into their set not as much as a how do to introduce themselves, that was left for later! This is an effective way to go when you don’t have too much time (I reckon the set was about 30 minutes long, but I didn’t time it) and it worked on the Copenhagen audience who the warm-up from Elm Street to a new level.

“We are Warbringer from California, and we came here tonight to wreck this fucking place!”
- John Kevill (vocals)

At the same time as the band was firing on all cylinders up on the stage, the room was noticeably more interested in partying as well. Already from the beginning of the show several heads were seen nodding along, and it didn’t take long for the first fists to hit the air either, all accompanied by shouts of appreciation.
All hell never broke loose, and even though they asked for it Warbringer didn’t get a proper mosh started, but they did get three happy guys jumping while wrapping their arms around each others shoulders, and that has to count for something, doesn’t it?

Actually, Kevill had a fun comment about the missing moshpit, asking us first if we did that kind of stuff around here, and then interpreting the following silence as a no. To this he had only one thing to say; “Stop being so old. When you bring your kids to a thrash metal show, they can teach you a thing or two!”
Kevill was a good talker we soon enough found out, but it was nothing compared to the sheer energy that he put into the performance. Warbringer didn’t have more space to work with than Elm Street, in fact they had less as the former acted as a quintet and the latter only as a quartet, and yet they were far more lively on the stage – at several points we saw Kevill jump around whereas at other times he limited himself to large arm movements and an intensely expressive face, and the rest of the band was also delivering the goods. John Laux was a wild-man with the guitar, and even though he kept to the back at several points during the show, bassist Ben Mottsman wasn’t a stranger to the edge of the stage either and was happy to headbang to his own beat (which not always seemed to coincide with the beat of the rest of the band).

Once again I witnessed a band that I had no previous knowledge of, except for hearing their name at one point or the other, and once again they managed to put a smile on my face, much due to the positive energy they had in spite of the aggressive thrash they delivered.
I can’t say that any of the songs have stuck with me, but the music was good enough to keep me interested while the show lasted and sometimes that’s all that I ask for.