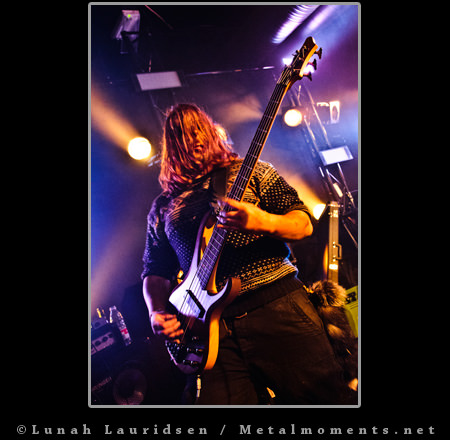 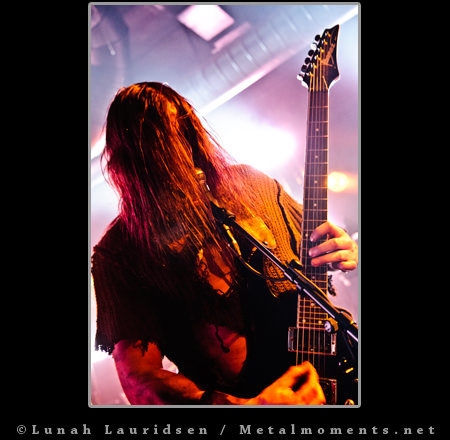 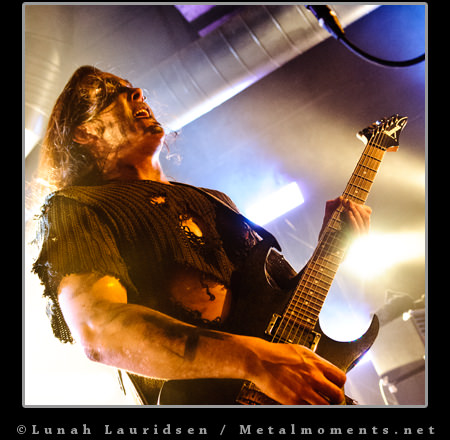 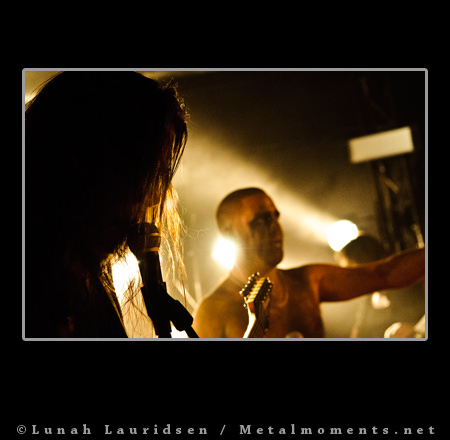 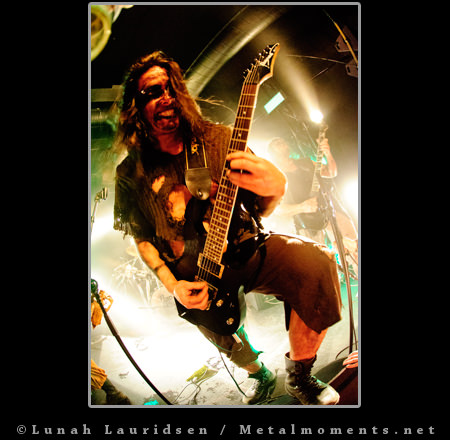 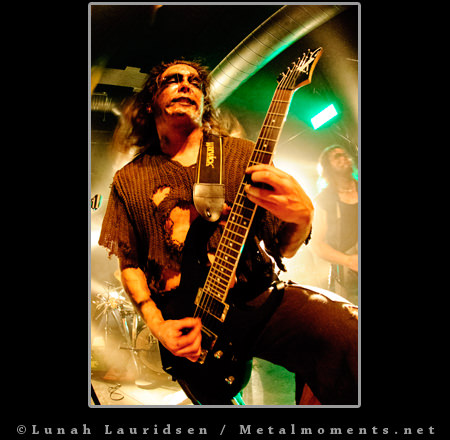 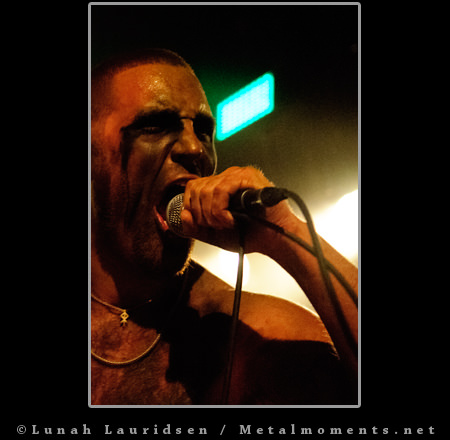 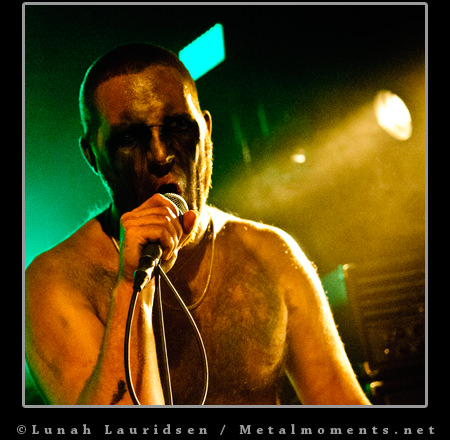 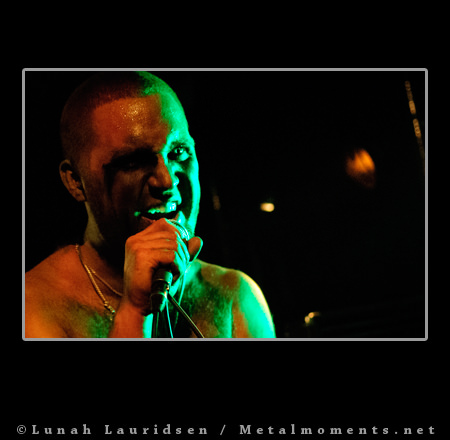 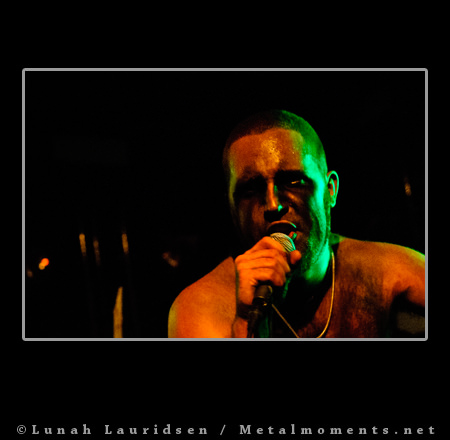 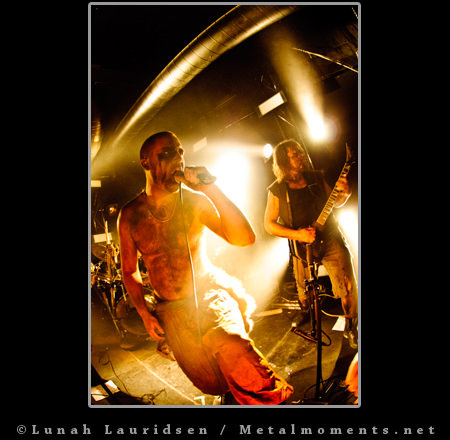 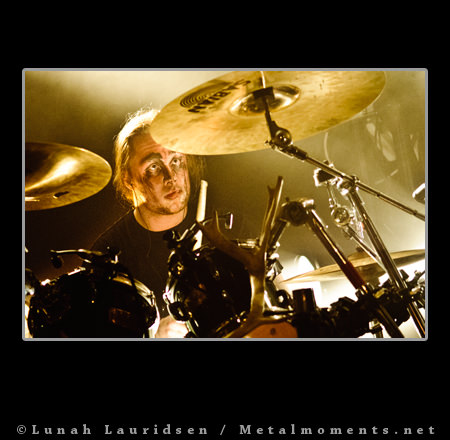 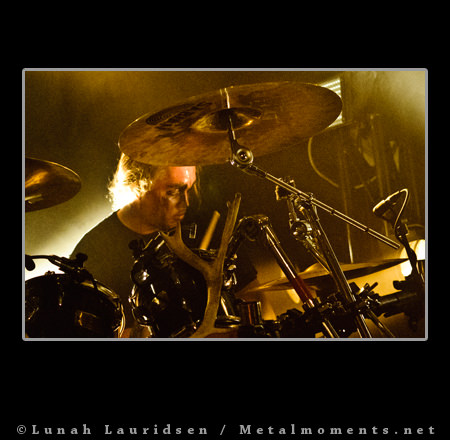 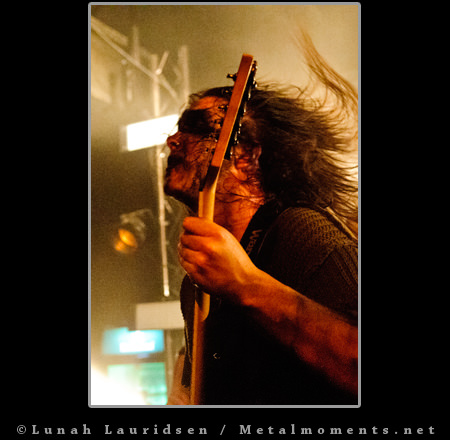 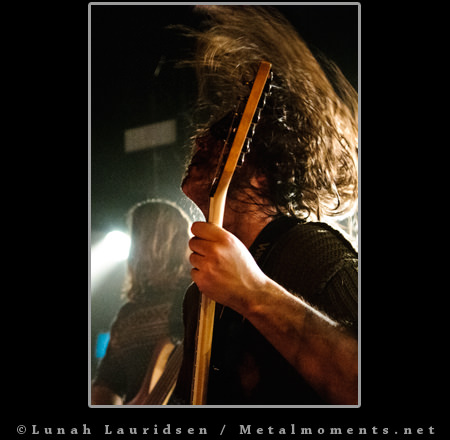 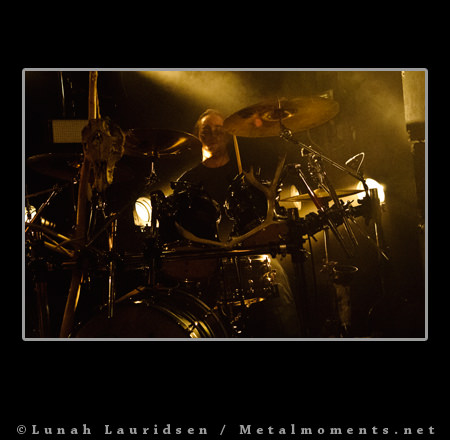 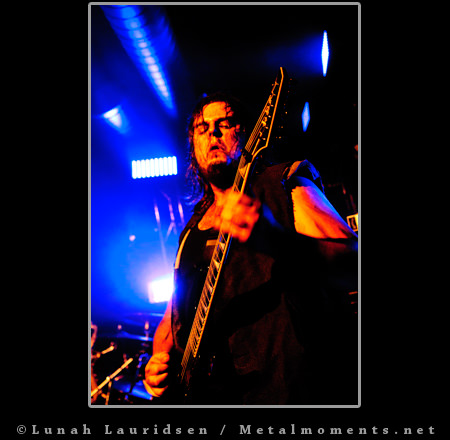 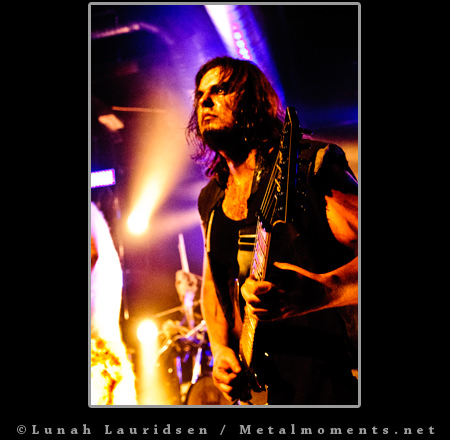 At this point, we were getting well into the Grand Folk-Metal Night at Pumpehuset, Copenhagen; the first of hopefully many events like this to come.
The large crowd had already been highly entertained by the two Danish bands Heidra and Huldre, and afterwards Sweden’s Yggdrasil and Denmark’s Vanir would finish off the party, but holding it all together right smack down in the middle was Faanefjell from Norway.

Faanefjell was the first band of the evening which I had no prior knowledge of, so I thought an introduction would be in order.
As mentioned, Faanefjell hails from Norway, even though their vocalist, a Mr. Syrtroll (or Benjamin Isar Jørgensen if you will), sounded distinctly Danish whilst speaking between songs. Apparently, he is Danish...
Clad in furs and knitting, painted in dirt, and armed to the teeth with, well, instruments and fur really, this Norwegian band took the evening in a distinctly more evil direction after the happy sing-along tunes of Huldre. This was simply put a highly combustible mix of black metal, some death grunts, and of course a folksy spirit at the bottom of it all. Faanefjell have at the time of writing one album out there, Trollmarsj, which should be a sort of concept album about the stories of trolls around the Norwegian alp Faanefjell.

The harder direction in the music was quickly greeted by some high-speed headbanging in the front-row and behind it mosh was fast to gather – the people in it may have been few in numbers, but they made up for it in ferocity! The rest of the crowd took it in with no larger signs of life though, most likely because of Faanefjell being a new name in these parts.

”They could learn something from you in Norway!”
- Syrtroll (vocals)

The band members obviously liked what they saw though, and I must admit that Syrtroll had a strong stage persona and he made an effort to win the crowd over; the rest of the band sagged a little bit behind the frontman but were also doing theirs for the show.
Apart from laying down some wicked sounding vocals, Syrtroll also proved a wicked drinker who would at several points in the show powerfully down a whole bottle of beer in one go; no wonder then that he searched for aid with the singing from the audience by holding his mic out to anyone who looked interested. He also tried his luck as a comedian when an error behind the drums caused a slight delay in the show by coming up with a ”how many does it take to change a light bulb” joke, which in the end no one seemed to take any notice of. Shame on he who gives up though, and Syrtroll was ready with a comeback which went somewhere in the direction of ”...it runs on Windows”. Not a very trollish remark, but it did the trick and a few sniggers were heard here and there in the hall.
Syrtroll wasn’t the only jokester in the orchestra though; after the vocalist called for a guess of the upcoming song (Faanetrollets Vise it was), bassist Beist (if I remember corectly) made the suggestion that it would be Oppi Fjellet (famous song by the band Storm), a suggestion which was clearly liked by large parts of the audience!
As soon as the band was back up and running again though, Syrtroll led the audience into a quite successful scream-along to get the energy pumping again, and in the end he would conclude by saying that this was the best gig the band had ever played.

I wasn’t completely convinced of the greatness of these Norwegian trolls, judging from what I heard here tonight, but this was mainly a difference in musical taste, as the show and performance, even though not completely grabbing, did have some good parts and something to build upon.
Sadly for the band, and by no (as far as I know) fault of their own though, what really made it hard for me to take Faanefjell seriously was that the members of the band reminded me all too much of a silly/funny YouTube video I had been presented with earlier this very day. Just search for “Me and my good friend Belsebub” and you might see what I mean...