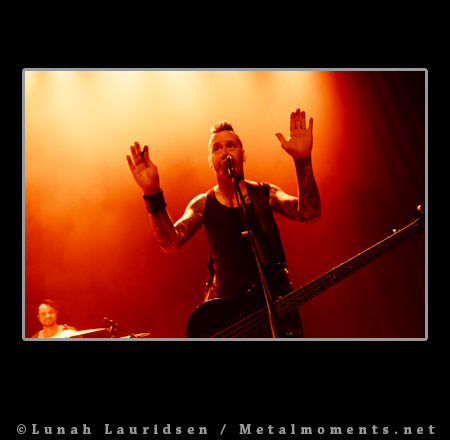 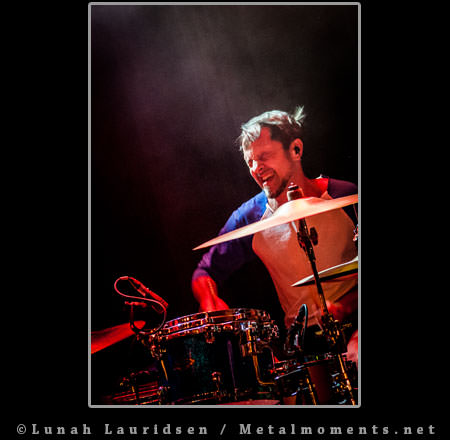 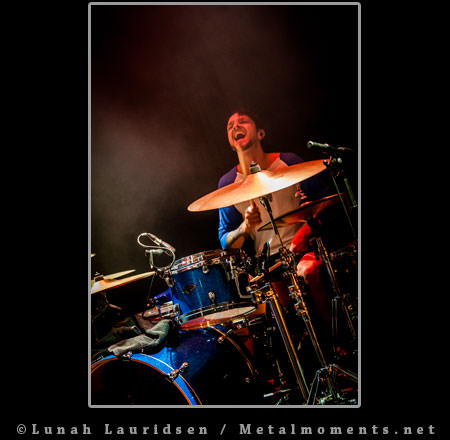 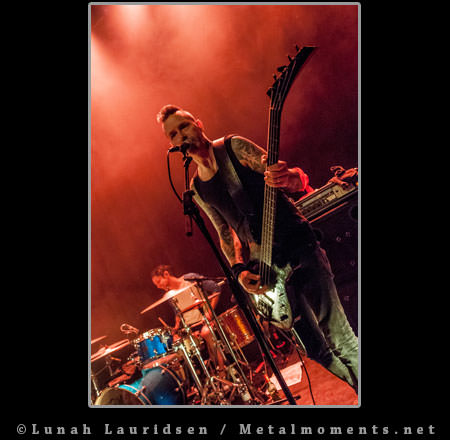 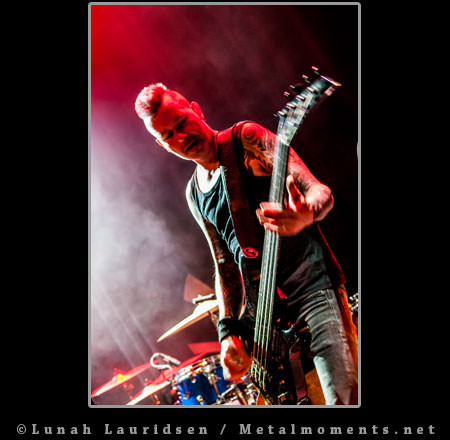 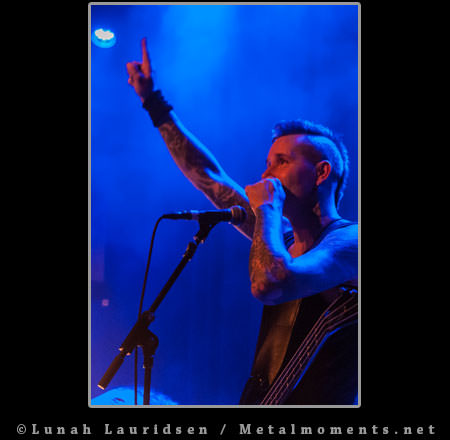 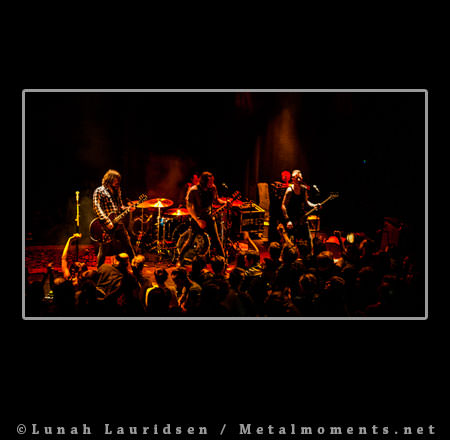 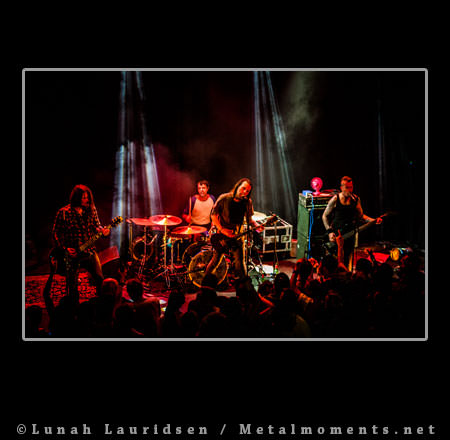 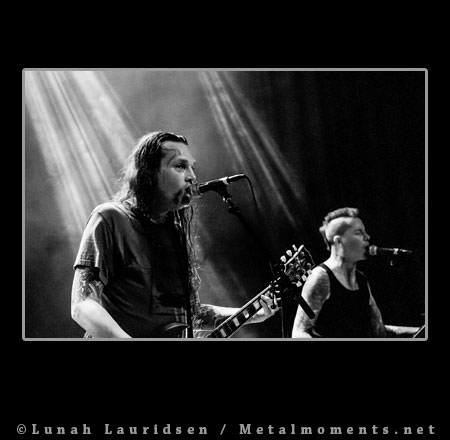 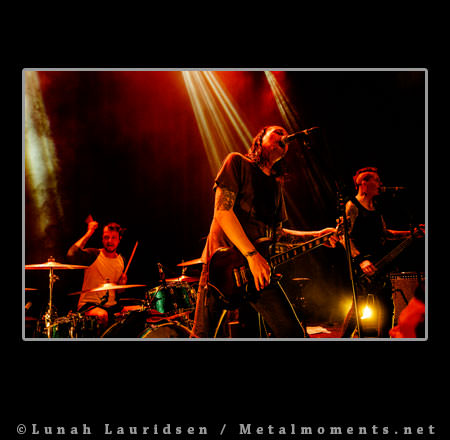 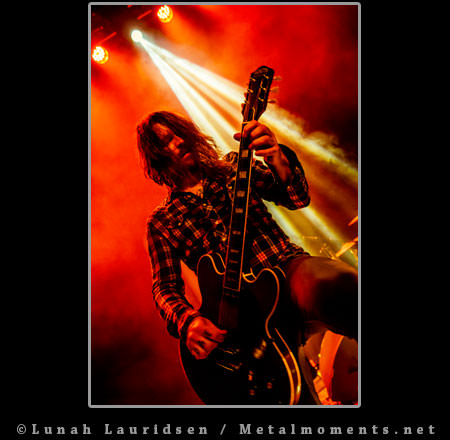 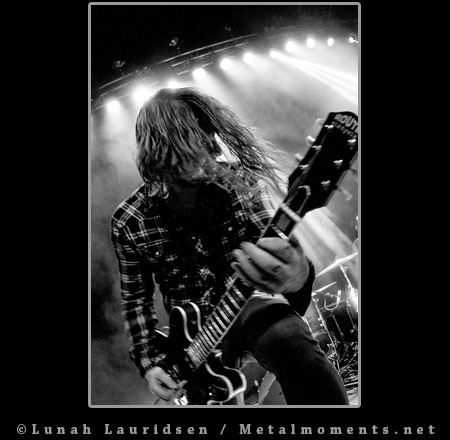 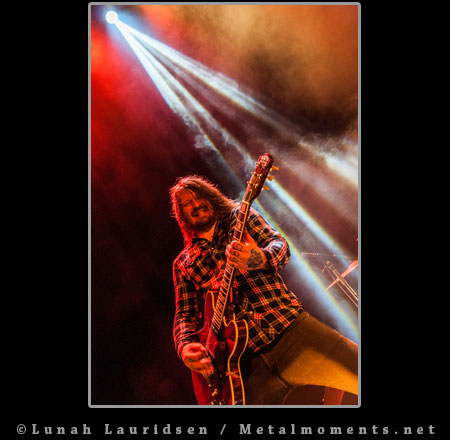 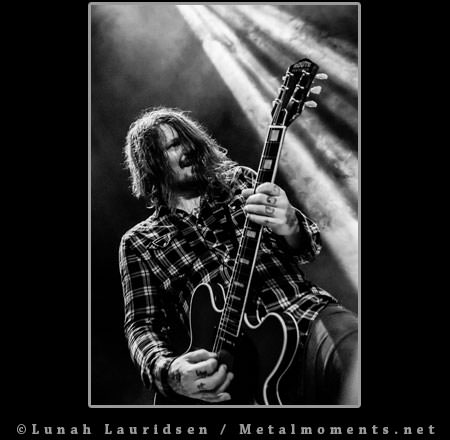 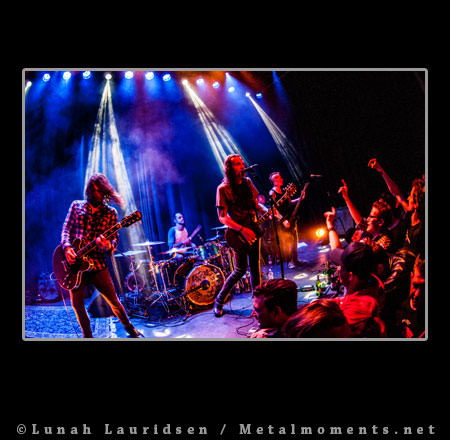 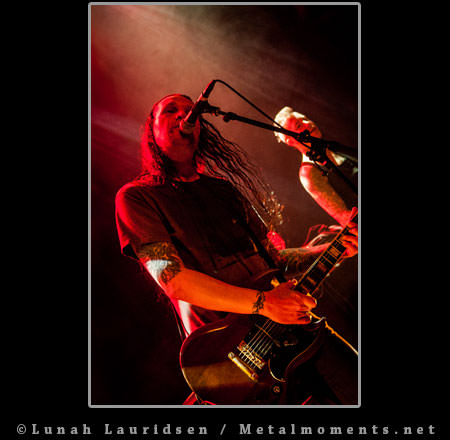 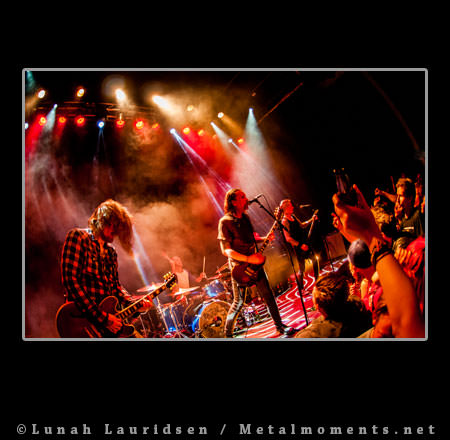 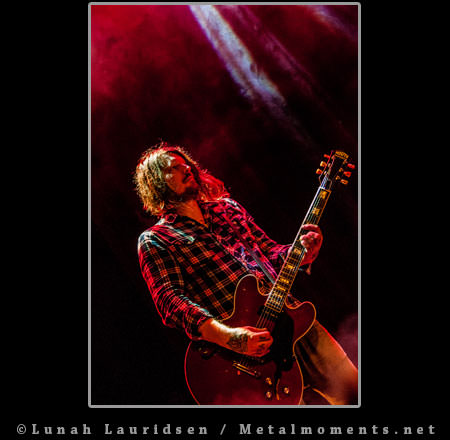 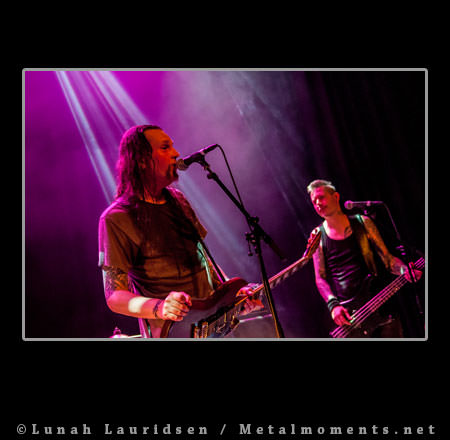 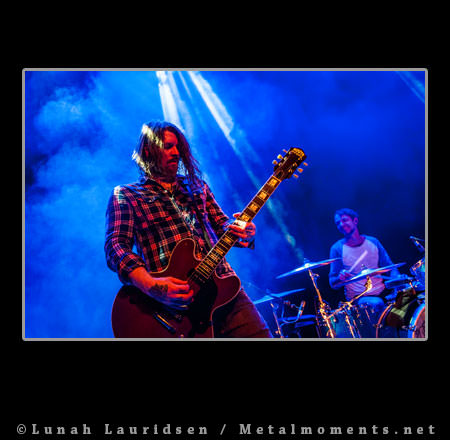 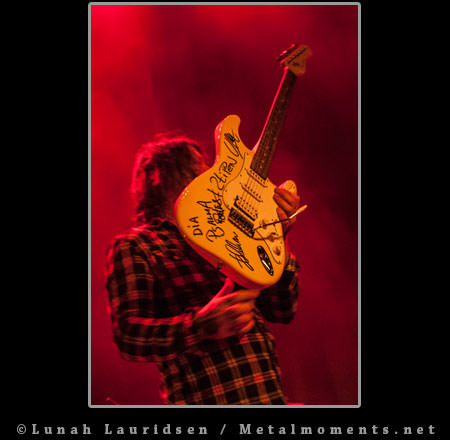 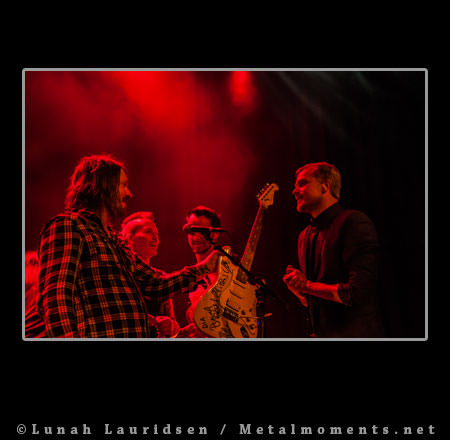 Dia Psalma were out on a reunion tour, I’ve lost track of how many there are by now, and on this short tour they were kind enough to stop by Babel in Malmö. Babel was a new place for me, I think I’ve run into the name before, but I haven’t actually been there before this concert, so thanks for making this possible.

I may have joked about the many reunions above, but the fact of the matter is that I, like so many others, fall for it every single time. Dia Psalma is back for a selected few shows, ok, which ones can I visit? Every single time.
And why is that? Quite simply, I know they deliver the goods. Every single time.
The two support acts got a lukewarm reception from the Malmö crowd, but as soon as the main act of the evening hit the stage, even just for the soundcheck, the floor quickly filled up with tipsy and expectant faces, some already shouting out song requests.
Actually, the setlist was promising to be an interesting one this evening – even though I forgot to follow the score, it was one voted forward by fans on the bands website, and this led me to hope for some untraditional choices along the way.

Well, the show began with a part of Tre Historier from the Re Voltere album used as a pre-recorded intro, almost drowned out by the excited shouts of the crowd. After this, Dia Psalma took off hard with their very personal version of Contact’s folk music classic Hon Kom Över Mon. Singing commenced immediately in the crowd, and the pressure rose on the floor level. I didn’t go back there to check up on it myself, but both balconies seemed rather full as well, with people pressing up against the fences, some headbanging, other simply singing and enjoying!
Gryningstid got the most attention during the set, not surprisingly, and the newer albums only got a single song between them in there. What wasn’t present though, was the element of surprise amongst the choices that I had hoped for. Sure, I don’t remember ever hearing Skymningstid live before, and it was a very welcome addition to the setlist, but other than that we were given much more of a hit setlist than the obscure B-side one I had imagined. I’m still holding out for the day when I’ll hear Atomvinternatt and I Evighet…

If the setlist regrettably wasn’t a surprise, I’m more than happy to say that the performance wasn’t either.
Why’s this? Well, as I mentioned above, Dia Psalma knows how to put on a great show, and this was no different.
There wasn’t much talking in between songs, and the whole thing was over far quicker than it should have been, but from the second the band members picked up their instruments to when they put them down again, there wasn’t a dull moment to be found. Every single one of them was completely present, on the top of their game, and giving the audience everything they had. And may I say that no one, not a single person in the known universe, could rock too small clogs on stage the way Ulke does it!
One funny situation that springs to mind, was the mandatory break before the encore. Now, usually, the band puts down their instruments and goes backstage for whatever reason, and when the audience is substantially worked up, they come back and play some more – same procedure as last year, same procedure as every year. The problem here was that Babel doesn’t have a backstage area behind the stage, the room ends at the back of the stage. So, after putting down their instruments like the custom goes, the members of Dia Psalma just went to sit down on the floor in the corner of the stage, still in plain sight of everybody – there they hung out for a bit before getting up and continuing on with the concert. Hilarious, and just so right in a way!

“Thanks a million, you’re the best! You know, we played our hometown yesterday, but it didn’t get nearly as hot as this place!”
- Ztikkan (bass)

Standing in the sardine can known as the floor, there was no such respite however. The rest of the crowd was pressing in, and as everyone finally found an outlet for all of their pent up energy, the room quickly rose higher and higher in heat. Sweat was coming off us in streams, and yet we kept on headbanging, kept on dancing, kept on singing.
The last part especially was popular this evening, so much in fact that in no less than three songs did we, the audience, get to take over completely, while the band enjoyed our performance as much as we enjoyed theirs. Emelie had the first couple of verses sung by us, Hon Får… heard us singing the kids’ part in the ending, and you just know that when Balladen Om Lilla Elsa came on, we pulled out all the stops and went for it!
Dia Psalma had something else planned for us as well – in the merchandise booth, lottery tickets had been for sale, and some lucky bastard would be able to walk home with a Stratocaster like guitar (I didn’t check the brand) signed by the entire band. A weird thing happened though – when the winning number was pulled after the last show, one terribly excited guy took the stage, got the guitar in hand and posed for a few photos with the band. The only problem was, when they asked him for the ticket, he blurted out something about not having it anymore, having lost it at some point. Well, as you can imagine, this didn’t sit well with either band or crowd, and as everyone re-checked their numbers, it didn’t take many seconds before the real ticket holder was found. I wonder what that first guy was thinking..?
Moments after this, the band, who didn’t have a backstage area to retreat to, found themselves trapped as large parts of the audience invaded the stage, to get a photo or a quick word with them before leaving. Not that they seemed to mind, but I guess a quick, cold drink and some relaxation would have been nice as well.

Although being slightly disappointed by the lack of surprises on the setlist, something I guess we only have ourselves to blame for as it was voted forth, there was nothing to be disappointed in with the concert as a whole. Babel proved to be a very nice place to rock out, and Dia Psalma provided the perfect excuse to do so, with a far above standard gig. Now we’re just looking forward to the Strebers tour in the fall, which also stops by Babel at one point…