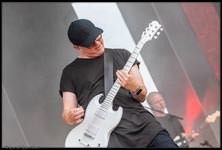 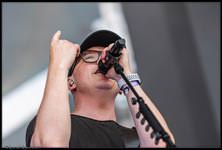 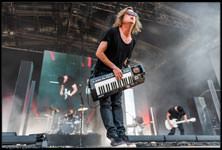 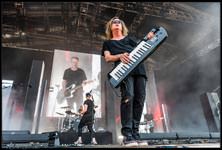 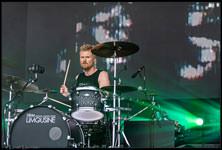 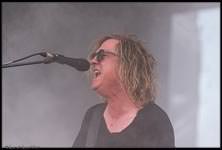 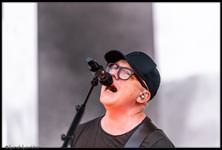 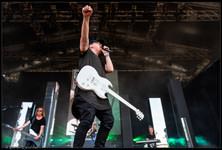 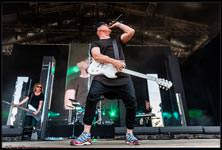 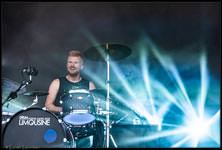 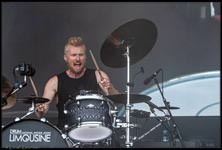 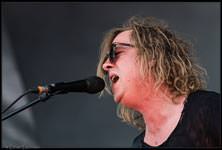 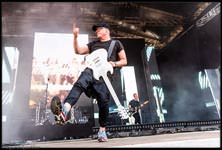 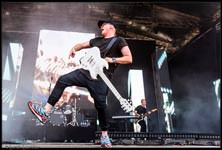 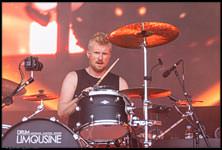 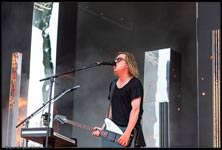 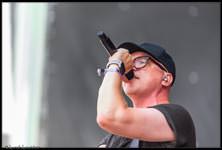 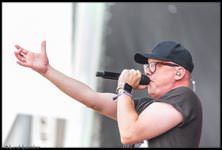 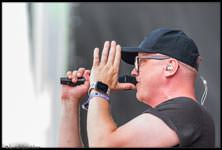 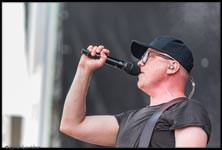 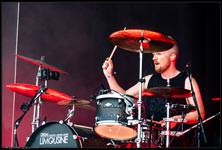 Carpark North opened the Grøn Scene (main stage) for Grøn Koncert on Amager, the first Grøn Koncert of the year.
The sun was blazing hot, and the open field in front of the stage was fairly well filled with sweaty and scantily clad music fans and party goers, ready to rock.

"How are you doing? It is ridiculously fun to be here!"
- Lau Højen (vocals/guitar)

After a short intro of assorted bleeps, the band took their places on the stage, and as they opened their set, I was instantly surprised at how heavy their sound was. No, we can't compare it to a metal show, but compared to what little I've heard from this band, it was completely unexpected.
The crowd didn't seem to mind the style either, as they were happy to rock out to the band as soon as the music started. It didn't take them long to start singing along as well, something that was especially highlighted in the ballad of the set, where Højen was alone on stage, and shared vocals with the audience.

"I can already feel that this will be one of the best Grøn Koncert!"
- Højen (vocals/guitar)

The crowd kept on rocking, but after the first few songs, Carpark North crept further and further away from the rock sound they had opened with, and further into their electronica style instead, and with it, I fear my interest in the show lessened. Admittedly, I enjoyed the melody part of Shall We Be Grateful, which sounded a lot like it was inspired by John Carpenter.
The performance of the band members was good throughout, where especially bassist Søren Balsner stood out as particularly active, but musically they lost me along the way.